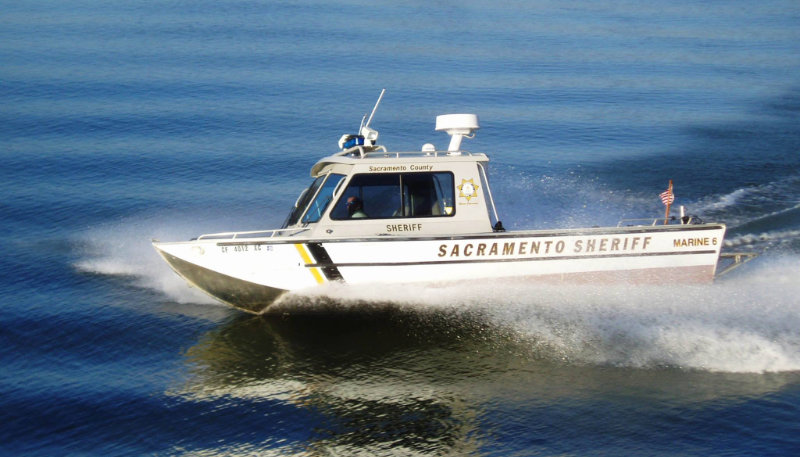 SCDSA began in 1950. The Department’s entire staff totaled less than 50. Top deputy pay was $200.00 a month. Detectives received an extra $5.00 and Captains got $15.00 monthly. The County was patrolled in three shifts with a grand total on any shift of three one officer units on duty at any one time, two north and one south. Being as charitable as possible, the working conditions, equipment and salaries can only be described as inadequate.

Despite these less than ideal conditions, morale and spirits remained high. The intrinsic camaraderie found in most law enforcement communities drew the officers together. During their frequent informal social gatherings, common problems and interests were discussed and “war stories” were exchanged. Several of the regulars decided to organize the group and to invite everyone in the Department to take part. The idea caught on and within one month virtually everyone had joined (in 1985 this tradition continues, with over 95% of those eligible for membership choosing to belong).

The organization began as a social club. Ray Lagomarsino was elected as President of the club, and served for two years. During this administration, the Association was Incorporated and registered with the Secretary of State as a Non-Profit Corporation. To register with the state, a formal title was necessary and the name “Sacramento County Deputy Sheriffs’ Association” was born.

Collective bargaining, grievance arbitration, officer’s rights and political action were still years away. The Association’s major accomplishment of this early period was a fundraising dance held to raise money to help the dependents of slain officers. The recognition and public attention generated by this effort planted the seeds of awareness and unity among the workforce and, as the years went by, the Association became increasingly active on behalf of its membership.

In 1959, during the administration of Association President Oly Knudson, the members voted to join the Social Security System. At the time, it was the only way to boost their small retirement benefit to an acceptable level. To give you an idea of how far removed those days are from the present consider that during this same period a General Order existed which forbade a deputy from associating with any member of his own family who had been arrested or incarcerated. Patrol cars had no air conditioning. Deputies, upon completing applications to banks or other lending institutions stating that they were employed as deputy sheriffs, were often met with the reply “Okay, but what’s your other job?”

In 1965, the Safety Retirement System had been improved to the point that the majority of the membership decided they wanted out of Social Security. Much to his dismay, SCDSA President Jack Lotz had to report to the members that the Sheriff’s Department was the only division of the County that wanted out, and until the majority of all County employees voted to be excluded, we were locked in.

As the decade of the sixties came to a close, the concern over the civil unrest which plagued this nation during that turbulent period caused the public to grow more aware of the need for better trained an better paid public safety employees. Local government wanted more soldiers to satisfy the voters, but were really not all that interested in granting higher salaries and more benefits for the “thin green line.” As 1970 dawned the winds of change were about to blow on the Sacramento Sheriff’s Department.

The focus for the dissatisfaction and increasing activism on the part of the Sheriff’s Department’s staff was the Sheriff’s election of 1970. The incumbent Sheriff at the time was John Misterly. Misterly had become Sheriff following the retirement of twenty-nine year Sheriff Don Cox. The growing recognition of the need for more Association input into the operation of the Department by the membership was aggressively resisted by Sheriff Misterly. In the June primary, numerous candidates entered the race for Sheriff. When the smoke cleared, Misterly had failed to gain a majority, forcing a November run-off election with second place finisher Duane Lowe. For the fist time in its twenty year history, SCDSA, under the leadership of President Zane Mannering, took a public position against the incumbent Sheriff and endorsed Lowe. Misterly lost the November election, and Duane Lowe was elected to the first of his three terms in office.

During Lowe’s first 6 years, the Department underwent sweeping changes and unprecedented growth. With a Sheriff they had elected in office, the relationship between the administration and the workforce became more cordial, and Association leaders began to concentrate on increasing benefits and services. 1971 saw the first collective bargaining sessions between the Association and the County. Incentive pay was negotiated and retirement and health plans were enhanced. Under the leadership of 1972 SCDSA President Gil Magness, the Association helped secure uniform cleaning pickup and delivery service, optional group insurance and a legal assistance plan. It was during this year that Association legal advisers counseled that the Department’s Widows and Orphans Fund should be separated from the general treasury. The Magness administration responded by assembling the background work for what was to become the Bruce Verhoeven Foundation.

Negotiations with Sacramento County increased in difficulty as the 70s continued. In 1973 SCDSA President Ron Ewerth appointed Don Keller as Chief Negotiator. The County resisted the Association’s demands to the point that, for the first time ever, the membership talked openly of a strike. The rumbles reached the Board of Supervisors and with the personal intervention of Sheriff Lowe a work stoppage was avoided. The contract was settled favorably and a grievance procedure was implemented. SCDSA was maturing from its social club heritage into a full service labor organization.

In the 1980’s, the Association was able to expand its activities in the political and legislative arenas to secure better protection for the membership’s wages, hours, and terms and conditions of the employment. With the President and Vice President available on a 24-hour basis and a bank of release hours for the other Associations representatives, full service representation for SCDSA’s 1,100 members became a reality. It also permitted the Association to concentrate on such activities as hosting the 1984 California Police Olympics, which drew over 4,500 athletes from around the state.

Because of the membership’s support and contributions to the SCDSA’ s Political Action Committee fund, the Association was able to campaign successfully for Measure D, the first binding arbitration measure of its kind. Many members of the DSA rallied together and put in many hours of hard work to campaign for this very important measure. Measure D would allow the Association to use binding arbitration to secure a contract for the membership. In 1998, the County would not negotiate an acceptable contract with the Association. SCDSA exercised its right to use Binding Arbitration for the first time and in 1999, the first arbitration award was rendered.

In June 2003, the SCDSA successfully negotiated, 3% at 50 for safety members and 2% at 55½ for miscellaneous members.

In 2008 the SCDSA began recovering and rebuilding from what was a fractured and torn membership from several years of internal conflicts between members and leaders of the organization.

Kevin Mickelson, the newly elected President, and an almost entirely new board took control of the organization and began a slow but steady healing process.  Over the course of the last several years, Kevin has lead the organization through its rebuilding; from contract negotiation, financial reform, internal controls and rebuilding along with pension reform.

Today, the SCDSA represents over 1,500 members. This Association is dedicated to negotiating the best contract for compensation and benefits for its members.

Based on the many victories of SCDSA’s colorful 61 year heritage, the future looks bright indeed.